Master The Inside Out Forehand

Today’s tennis lesson will cover the most popular stance you can use on this particular shot.

Many coaches will just instruct you to move around the ball on this shot, but they won’t tell you HOW to run around your backhand and set up properly.

One of the big keys on the inside out forehand is to avoid turning sideways as you move around the ball and to stay more open. You want to have your hips face the net more as you shuffle around the ball.

You’ll often find yourself hitting this shot from a semi open stance on this shot when you move correctly around your backhand.

Next time you move around your backhand to crush an inside out forehand, keep your hips facing the net more and load up into a semi open stance. 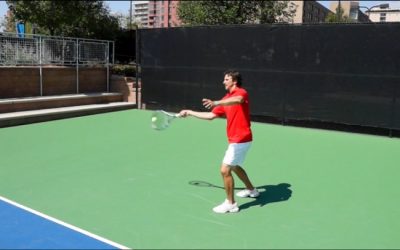 Today, we’re going to cover how to hit more topspin on the forehand. I know a lot of players struggle with getting enough topspin on their forehand, despite using a semiwestern grip.. 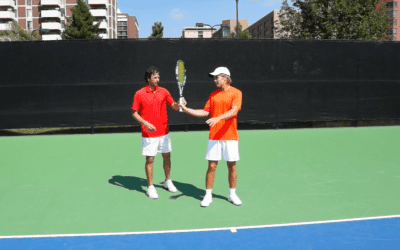 How To Get More Topspin On Your Forehand

If you’ve been wondering how to get more topspin on your forehand, then today’s your lucky day, because I’ve got some great tips that are going to help you do just that… 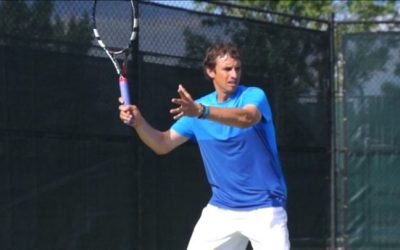 How To Fix Being Late On The Forehand – 4 Effective Solutions

Today, let’s talk about how to fix being late on the forehand. I’ve heard from many players who struggle with hitting their forehand late, and as result, they find it hard to get a lot of pop…