What if hitting that off-speed slice serve that lands really short in the box, is not a smart thing to do?

Well, I’m going to explain what I think you should do instead.

I’ve thought long and hard about how to help players improve their slice serves. Today, I’m going to go over the nuances of a unique concept called “ the power slice serve”, but first let me tell you a little story.

I was playing on the ATP Tour against Todd Martin, one of the best Americans of all time.

I played him in Memphis one year, and he was really good at hitting a short slice serve, of about 98 miles an hour, that landed really short in the box.

Todd’s slice serve was deadly accurate, well-placed. You couldn’t even touch it at land, it was short up in the box. Thus, if you’ve been trying to master that serve and you’ve got it down, good for you. It was tough for me to develop because when I try to take a lot of pace off of my serve, it felt kind of mushy.

A lot of my serves went into the net when I tried to take pace off, and land it short in the box. I would hit a serve that just felt really mushy on my racquet, they didn’t come off very hot.

They didn’t explode off the racquet, they dove down into the net. That’s a problem some of you might be having if you’re trying to take too much pace off of your slice serve. 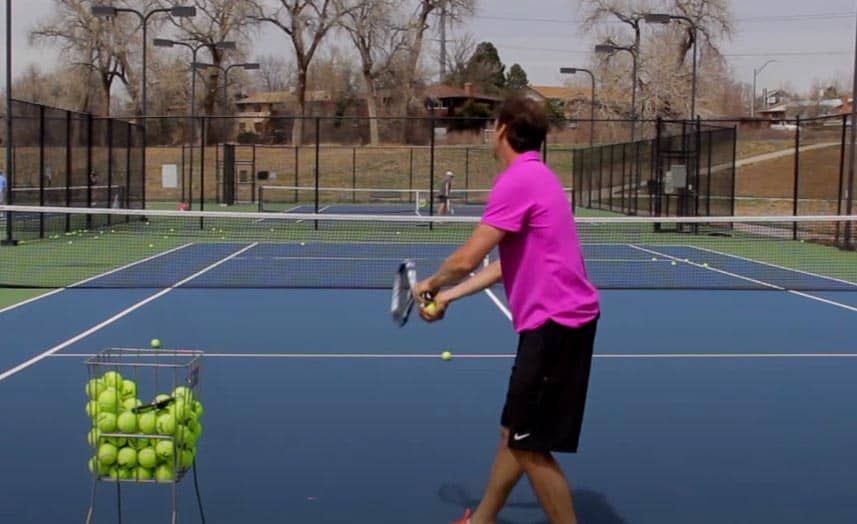 I’ve seen this when working with players. They try to go with the wide slice, and the ball tends to dive into the net. You really have to focus on clearing the net on your slice serve and be deadly accurate with it.

Todd Martin and others were able to do that, I wasn’t so fortunate that I had the precise aim that they did. I realized that I was able to aim my serve and hit a lot of aces.

My serve was my best shot, but I was more of a power server. I still think you can hit that ball short in the box, even if you’re not meaning to do so.

Here’s what I want you to do.

If it goes shorter in the box, that’s a bonus. However, we want to give ourselves more margin for error to make these serves.

I believe you want to hit the slice serve with a little more power, so you stop hitting your serve into the net. In case you don’t hit it accurately, you’re still making that serve and it has enough power.

Instead of hitting that mushy serve, I want you to focus on making a more flush sound on the racket.

Thus, you’re gonna hit that power slice, and again if you hear the sound on the racquet, think of accelerating and really creating pace with your slice.

I tell players to think of hitting a flat first serve, and then carving around it at the end. Instead of thinking to hit slice from the very beginning, and end up diving the ball into the net. 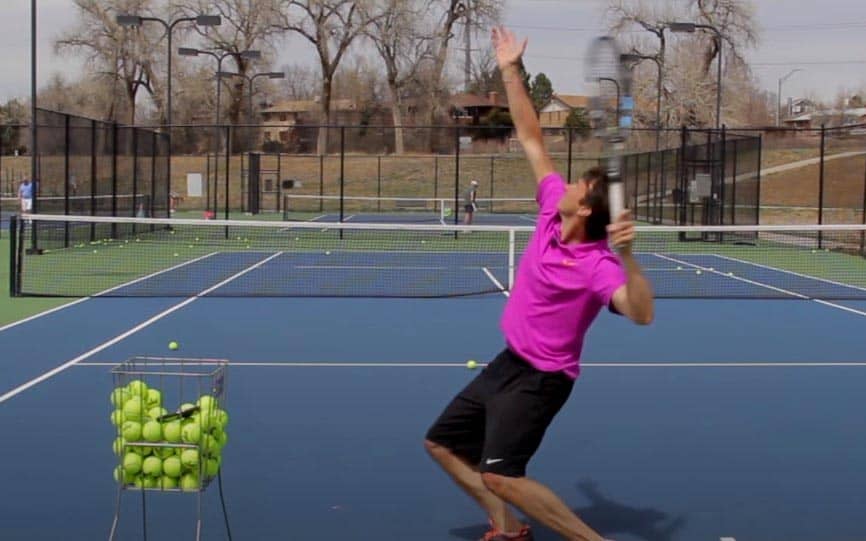 The bonus is that you can aim deeper in the box, in the corner and not aim so short. You can hit it with power and slice, which I call the Power Slice Serve.

You can stay aggressive, and don’t have to back up off your serve. You’ll be able to make more serves, and if you don’t hit it in a perfect spot, you might be able to beat your opponent with power.

This is the alternative. If you can’t do what Todd Martin did and be deadly accurate with the off pace slice serve that lands short in the box, follow my lead and go with the more of a power slice serve. I think you might like it.

You’re gonna clear the net more, and have more confidence on those big points.

In fact, I believe that there are five reasons why you need to use the slice serve in order to take your tennis game to the next level.

This valuable concept of the power slice serve can be your starting point in your serve transformation journey.

I hope you got a lot of value and that you can go out on the court and improve right away. I am committed and passionate to help you serve your best.

P.S. – Ready to take it to the next level with your tennis?
Click here to get a free tennis course inside the Tennis Evolution App
Learn the exact step-by-step system that has transformed the games of thousands of players worldwide. 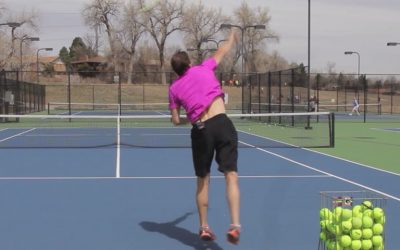 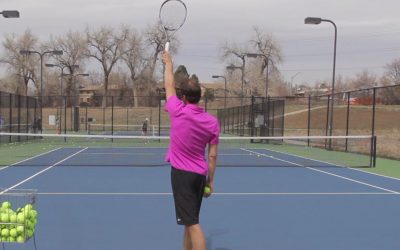 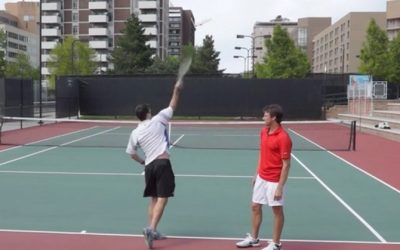 How To Fix The Trophy Position On The Serve

Many players want to know, how to fix the trophy position on the serve. So, in this article, I aim to answer that question. And more specifically, how to fix one of the most common problems I see with a lot of players trophy pose. Elbow positioning…