TENNIS SERVE | How To Hit A Kick Serve Easily

Tennis Serve: How To Hit A Kick Serve Easily

The kick serve is one of the most difficult shots to learn in tennis, as it requires a lot of coordination and physicality to develop.

In this article, I’ll break down the kick serve step-by-step, and describe exactly how you can hit it under pressure effortlessly and easily.

First, I’ll reveal the best grip and stance for the kick serve.

Then, I’ll discuss where to exactly toss the ball to develop the right swing path.

Finally, I’ll explain how to finish on the kick serve to get massive topspin like the best tennis players.

Sounds good? Let’s get into it now. 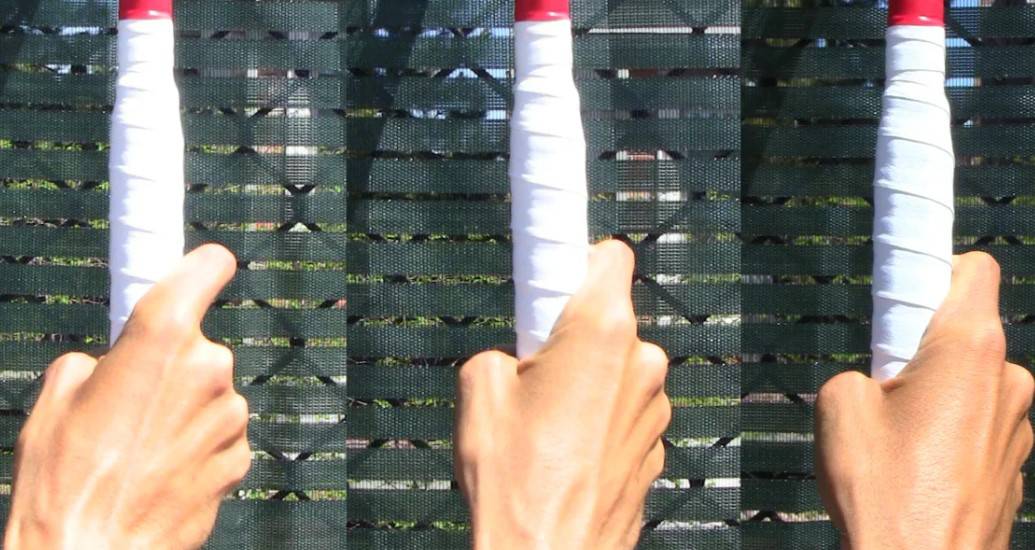 First of all, you need to have the correct grip. Most players don’t hold the racquet correctly; they either grip it too tight or squeeze their fingers together.

It’s very difficult to develop solid technique and hit an amazing kick serve, unless you have the right grip.

Hence, I recommend using a continental grip to begin, where your index finger is spreaded and the heel of your hand is off the grip.

Once you feel comfortable with a standard continental, I prefer to move the grip a little bit towards the backhand side, into what I call a strong continental grip.

This will allow you to get up and over the ball to hit a proper kick serve, as the racquet face can naturally open up.

Consequently, it is easier to create massive topspin on your tennis serve from the start of the motion. 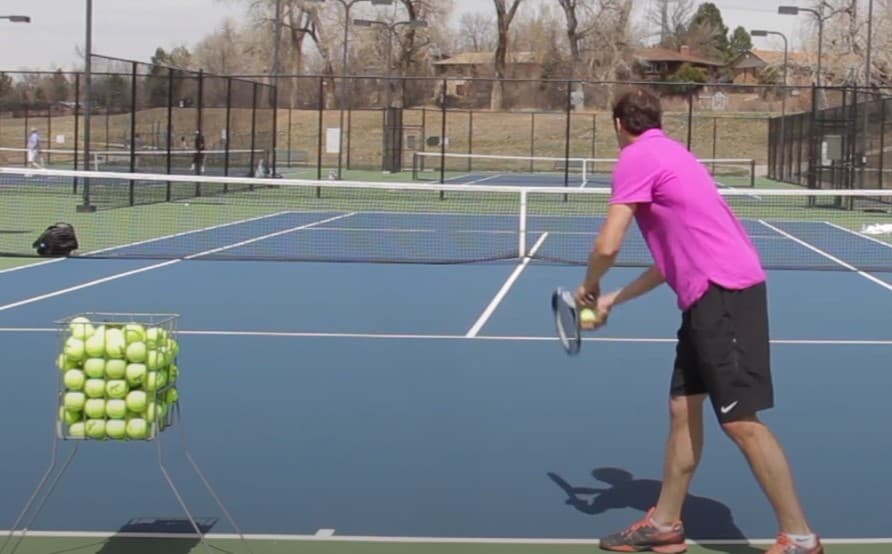 Next, we have to go over the stance. I have found out that a lot of players struggle with their kick serve because they aren’t using the correct stance.

For example, I’ve seen players who use a pinpoint stance and bring their back foot up; thereby, limiting their shoulder turn and making the body face forward.

If you don’t have a big shoulder turn, you’re going to be more susceptible to hit a slice serve. Indeed, I suggest that players get into a platform stance because it’ll enable them to have a great shoulder and hip turn on the first move.

I consider that the platform is the best stance for the kick serve, because it can also help you get into a proper trophy position easily and with a relaxed wrist.

We’ve gone over the grip and stance so far, two overlooked and essential components for developing a world-class kick serve. Let’s move into the toss now. 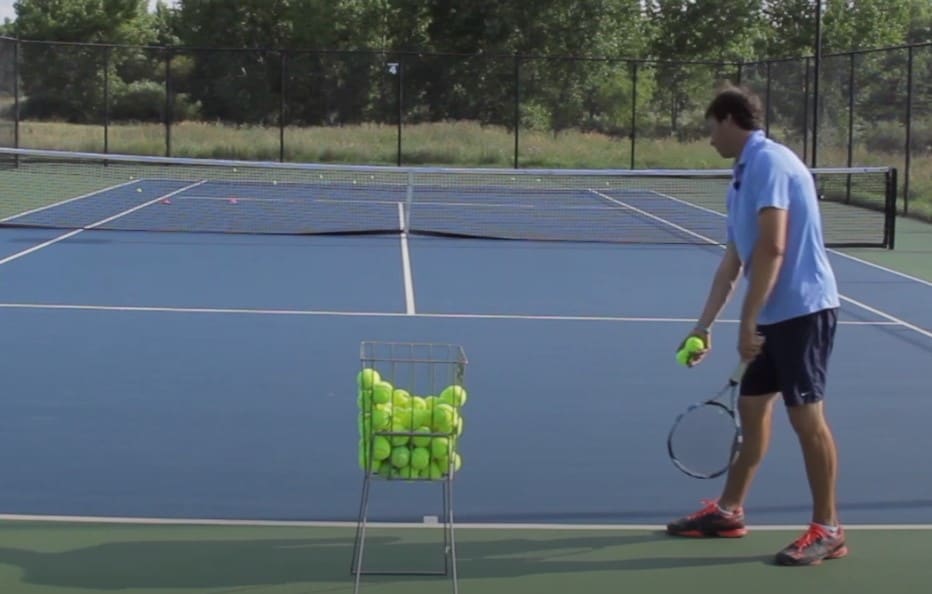 A lot of players have a hard time with their toss on the kick serve, because they toss the ball too far in front or towards their dominant shoulder.

In order to fix this common mistake, you’ve got to place the ball over your non-dominant shoulder.

You want to feel like your toss is arching over the head, and you’re making contact with the ball around your opposite shoulder.

As a result, you’ll be able to create a circular motion on your swing part, by going up and over the ball. When you do it, your body is going to feel more stable.

If you’re still having trouble to get kick on your tennis serve, I recommend finishing on the same side of the body.

If you’re left-handed, you’ll finish on the left side of the body and the same theory applies for a righty.

I learned this particular finish from studying former pro tennis players including Boris Becker, Stefan Edberg, and Pete Sampras. All of them got a massive kick on their tennis serves by finishing on the same side of their bodies.

Always keep in mind to have a relaxed arm throughout the motion to avoid any shoulder pain and discomfort.

As I mentioned earlier, the kick serve can be a tricky shot to learn. Nevertheless, I believe that you can develop a world class kick serve by putting in the work and following these systematic progressions.

If one part of the serve chain falls apart, it’s going to be difficult to build a solid foundation to hit amazing kick serves. That’s why it’s important to work on your serve fundamentals consistently.

I hope you enjoyed today’s article and acquired valuable insights on what it takes to hit a kick serve easily and effortlessly.

My mission is to help committed and passionate tennis players get better with their serve and tennis game in a simple and efficient manner.

Jeff is a former top 100 ATP player and USTA high-performance coach
committed to helping players and coaches all over the world improve.

P.S. – Ready to take it to the next level with your tennis?
Click here to get a free membership
(no credit card required)
which includes 21 lessons covering all aspects of your tennis ($567 value).
Learn the exact step-by-step system that has transformed the games of thousands. of players worldwide.

So, what is the buggy whip down-the-line winner? It’s actually a really fun shot that will make your opponents scratch their heads to frustration, because […] Read More

One of the best ways to get your opponents on the move is to give them something that they would least expect. In this video lesson, we are going to show you how you can perform a surprise counterattack called […] Read More

The Key To A Great Topspin Serve

Today’s lesson is going to cover how to serve like a tennis pro with the proper swingpath. I happen to have one of the bigger serves on tour, because I did everything in my power to master this all important shot. Believe it or not […]Read More