Lacking power, spin, or kick? Or is it all of the above? Well, you’ve certainly landed in the right place, at the right time! In this article, I’ll reveal a secret drill called the “dirty diaper” that will help your kick serve instantly.

This is one of my best drills that I’ve used over the years to help my online and in court students. In fact, I consider the dirty diaper as the king of all topspin serve drills. You may wonder why. Well, I believe it can help you to get extra power, control, accuracy, and confidence in your kick serve.

Most players REALLY struggle hitting a proper topspin or kick serve. The reality is that you might be having a hard time too. Well, I’m committed to helping you change all of that!

In most cases, players struggle with hitting the big kicker due to several factors. Those include, poor technique, an incorrect swing path, an inconsistent toss, and using the wrong finish or follow through. Sounds familiar?

Well, you simply won’t be able to hit a big bouncing kick serve without correcting all of these serve aspects. 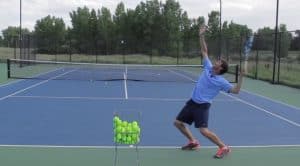 Unfortunately, your kick serve may be inconsistent because you aren’t able to create a repeatable swing. Therefore, you’re not able to generate the right spin and arch over the net.

You might be dumping this serve into the net, and when you adjust your aim, you end up overcompensating and missing long. You just don’t have the feel and control you want on your kick serve. You can relate to this feeling, right?

There’s a good chance you aren’t getting the margin you need over the net. In other words, there isn’t enough arch over the net on your serve. When you attempt to hit the ball higher over the net, the ball flies long because you don’t have enough rotation. Hence, it’s difficult to bring it down into the service box after clearing the net.

There’s also a good chance that you might not be getting enough kick on your serve. Thus, you’re unable to make it hit the court and bounce high up on your opponent’s backhand. That’s the whole goal!

Get the serve to explode off the court so that your opponent struggles to return the high bouncing kicker! As I mentioned below, the ball does not kick as much as you like because of one or several factors…

Your kick serve technique is simply not good enough. This comes from  having an incorrect swing path, a bad kick serve toss, and using the wrong finish or follow through.That’s where this great drill can solve all your kick serve problems and allow you to hit kick serves easily.

You’ll be amazed to see the progress you’ll get in as little as 10 minutes. Here’s how to maximize the impact of this serve drill by following this progression.

To do the dirty diaper and master the kick serve, you’ll need a towel or mat to kneel on. Take the towel and lay it on the baseline where you would normally stand to serve on the ad side.

If you are a right-handed player, kneel down with your front left leg on the towel. Then, place your back foot on the ground behind you to give you stability. If this position is very uncomfortable for you, you can try with both knees on the towel. 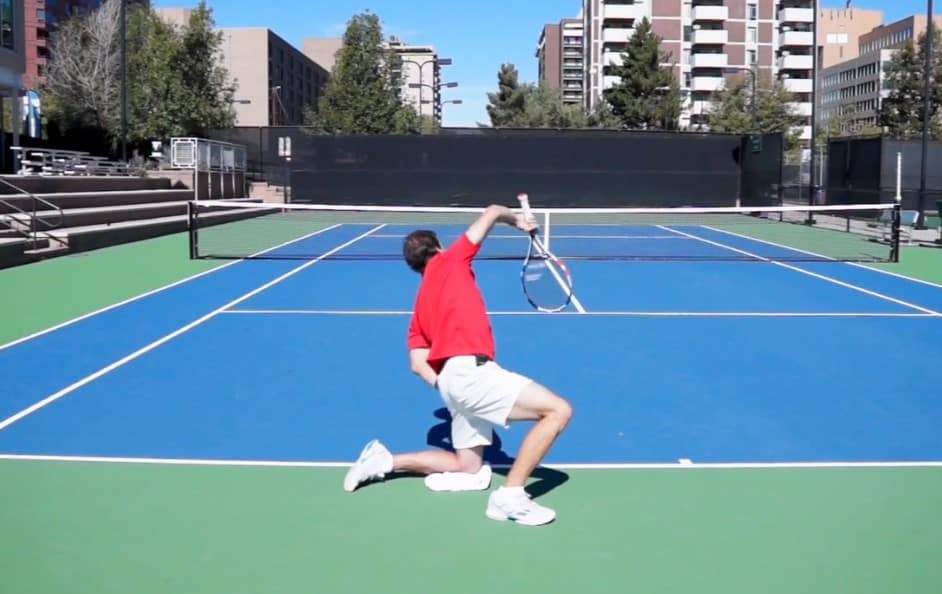 Hold the racquet tip up next to your head. Then, look at the other side of the court as if you’re about to serve from your knees. From this position, toss the ball up in the air and swing up at it to practice getting topspin on the serve.

Arcing the toss right to left allows you to hit up on the ball and create topspin. So why should you do this drill kneeling on the ground at first? Well, you have to take the legs out of play. In other words when you get to use your legs at first you can cheat with your ball toss position.

The reason I’m having you kneel is to take your legs out of play. By taking the legs out of play, you learn where to put the toss and how to hit up on the ball. Thus, you can get the ball to kick and produce topspin.

Hitting up on the ball, as the ball arcs over your head, helps you create more natural topspin, and net clearance. Consequently, you’ll get the extra rotation you need to get the ball to dive down into the box.

On your finish, ensure to keep your arm bent and tilt your shoulders in such a way that the elbow finishes higher. It’ll take time to get used to this position, but it is vital to producing a great kick serve. 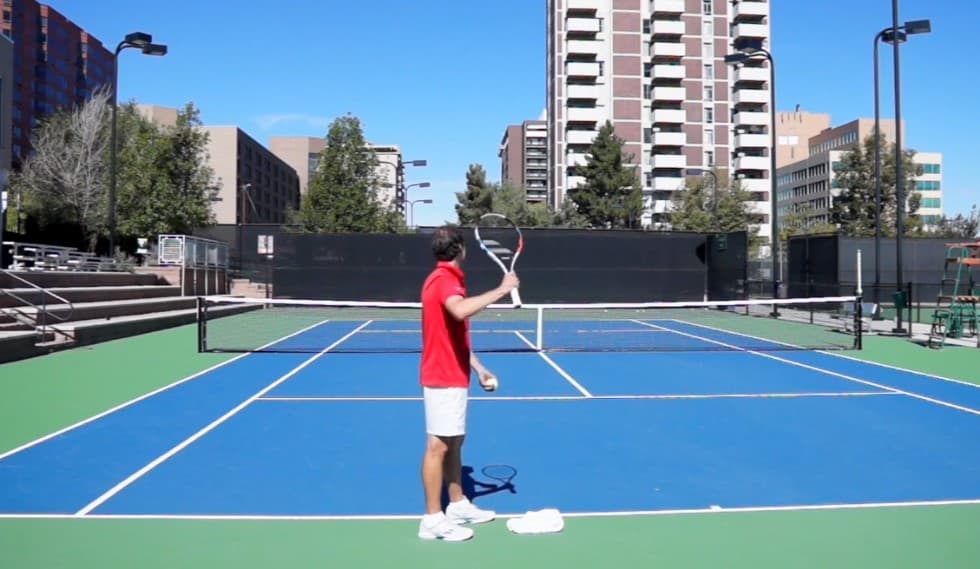 Get into a platform stance, the best on the kick serve, and in the half serve position. Ensure your back foot is not staggered too far behind your front foot. With the half serve, the racquet will start near your head.

Stay choked up on the racquet to keep the feel when you swing. Stand next to where your towel was placed and aim to recreate the feeling you had when you were kneeling. While standing, practice tossing the ball over your head without letting it go too far in front of the body.

Then, hit up at the ball and focus  on finishing in the dirty diaper position previously discussed. Get that toss far enough towards your left shoulder to use the correct swing path and hit kick on the serve. Once you finish the swing, get all your weight on your front foot. You should be able to tap your back foot on the court without losing your balance.

The dirty diaper will  transform your kick serve from an inconsistent weakness to a big-time weapon. Likewise, it’ll force your opponents to hit challenging returns against your big kicker. Consider practicing it two to three times per week until it becomes second nature.  I look forward to hearing how this drill helps your kick serve.

Let’s get your kick serve rockin’ 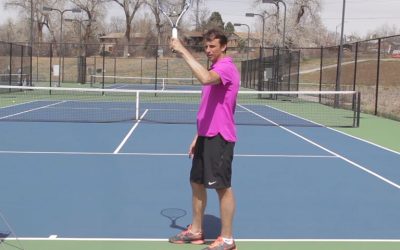 Are you struggling to develop your kick serve?… 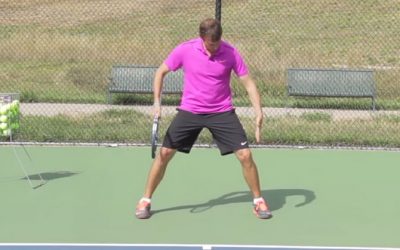 5 Steps To Master Your Tennis Footwork

What would it look like if you could start mastering your footwork? I want to help you improve your footwork, so you can move around the court more efficiently and effortlessly… 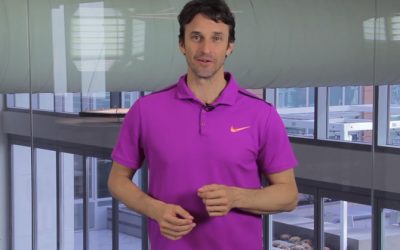 The Number 1 Strategy to Beat the Pusher

What would it take for you to finally frustrate the pusher, instead of the pusher frustrating you?